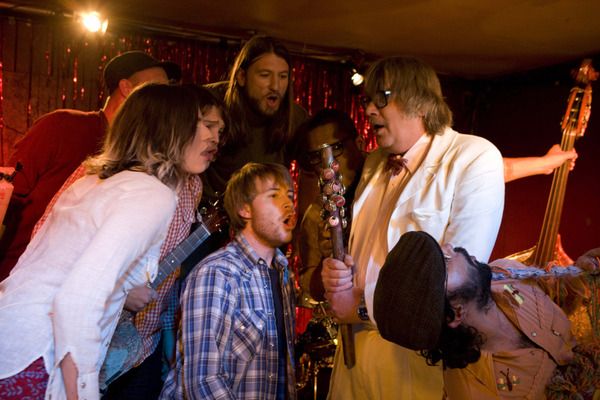 A Hernando, Mississippi, native and resident of Oxford, Miss., Lucas began playing piano at a very young age and progressed to live performances by the age of 9. Since joining the stage for the first time with his long-time heroes, Little Richard in 1993 and Jerry Lee Lewis in 1994, Leigh has played for stages across the world including national audiences such as the Tonight Show and Conan O’Brien, and live performances internationally in Jamaica, the Philippines, Sweden and Canada among others. Lucas has also performed and recorded with an A-list group of stars and musical talents including, The North Mississippi Allstars, Clint Black, Justin Beiber, Ashley Monroe, Chris Young, Vince Gill, Miranda Lambert, Taylor Hicks, Striking Matches, Cowboy Mouth, Jim Lauderdale, Lance Miller, The Brothers Osborne, Hill Country Revue, Ash Bowers, Marlee Scott, Korby Lenker, Walker Hayes, David Kroll, Ben Cameron, Madison Cain and many others. Lucas is currently working with his long-time Nashville pals and bandmates the Cameroons.
Learning to play piano through his own natural feel for music, Leigh’s approach to music is innovative yet accessible, as he’s well-versed in an array of genres like country, rock, jazz, boogie and blues. Originally from Hernando, Miss., and a graduate of the University of Mississippi, Ole Miss, Lucas was constantly surrounded and immersed in the sounds and artists of Memphis and North Mississippi, developing his own style of piano and appreciation of music. Leigh’s jazz, boogie, and rock-based styles, coupled with his explosive on-stage presence and subtleties, add dynamic layers of piano and keyboards to live performances, recordings, and productions alike.
Recently, Lucas’ musical partner, Korby Lenker, said about Lucas: “Lucas is one of those people for whom music just pours out like there’s too much of it in him. We recorded Hurts Me So five times in a row and every time his solo was completely different. It’s a crazy thing to see in real life when you’re right there sitting next to the person doing it. I know it sounds naive but while I was watching it happen that night, it made me feel full of hope, like the world is still a magical place.”
As well as being a professional on the keys, Leigh also writes songs in Nashville, and just wrapped his first production with a sensational new female artist, Brittany McLamb. From 1997 to 2006, Lucas released 4 piano solo cover albums, as a teenager, with the support of his family. In his late high school and college musical career, he released 3 band albums, of which the material was written and cowritten with Leigh and his band members. He is currently recording new material for his debut album as a solo artist, which will feature some of Mississippi and Tennessee’s finest musicians.
Set your categories menu in Theme Settings -> Header -> Menu -> Mobile menu (categories)
Scroll To Top